We’re full. No others need apply.

The songs are sung, the stories told.

The faithful sheep are in the fold.

that we can calibrate our hate.

We’re full. We’ve eaten up the past—

the border scans for feeble minds;

in tears both west and north

are left behind as we go forth.

Yes, going forward from this day,

none hesitates to say

or question how we legislate—

for whom, how much, or why.

For, you see, we’ve limited the sky,

So, do not question how or why 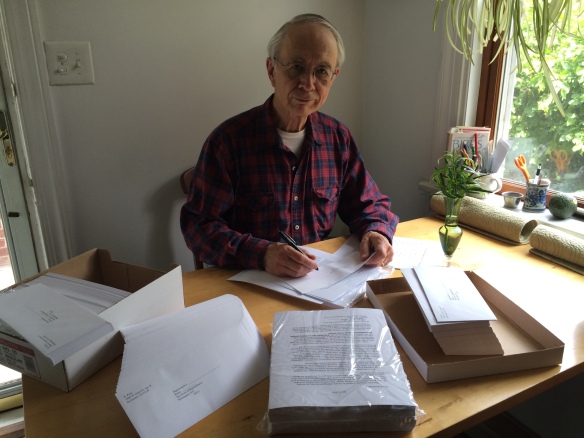 Promotion of my work is never easy for me.  Recently, it has simply stopped.

As planned, the release of Coming Around, in 2018 roughly coincided with production at several venues by Capitol Opera Richmond of the opera, Monte & Pinky and Amber (in a combined work called Strike the Rock!) But the releases of book and operas were not close enough so that I could easily use the operas to promote and sell the book, as I had hoped to do.

Since then, I have presented at a few book fairs and private readings, with disappointing results and other set-backs leading me to forget about blogs and promotion. I returned to my usual practice of handing my work to friends and those who show interest. Then came another disappointing set-back in trying to arrange a performance of music and poetry in a nearby town.

Sometimes you need a bump to get off dead center.  For me, it was the phrase “We’re full.” This stimulated me to write the poem above and the promotional blog and challenge to you   below.

Several local literary communities have recently welcomed me into their pages:

“Jaybirds in the morning,” was published in the PSV Newsletter of the Poetry Society of Virginia See https://www.poetrysocietyofvirginia.org/content/about-poetry-society-virginia for information about PSV.  Newsletters are not shown on the site. The PSV Festival at William and Mary is on May 17-18.  I’ll bring some of my books.

“Emma Strawbridge” will be published in the next issue of Artemis, Maurice Ferguson, Literary Editor and Jeri Rogers, Founder & Editor.  See http://www.artemisjournal.org/  Here’s a promo for the annual event, which I will also attend:

Artemis Journal 2019, with the theme “Women hold up half the sky,” will launch its twenty-sixth journal next year on June 7, 2019, at the Roanoke Taubman Museum of Art. The journal will feature a stunning photograph from Sally Mann’s recent show “Sally Mann—A Thousand Crossings” at the National Gallery of Art, and poems by some of Virginia’s finest poets, including US Poet Laureate, Natasha Trethewey, Virginia Poet Laureate, Ron Smith, and acclaimed poet Nikki Giovanni.

The poems “A Truth,” and “Lucretius,” and the story, “The Centerpiece,” appeared in The Best of Virginia Writers Club Centennial Anthology, 1918-2018, Betsy Ashton, Editor (2017) See https://www.virginiawritersclub.org/

“To a Self-Made Man,” appeared in Lingering in the Margins: A River City Poets Anthology, 2019, Joanna Lee, Judy Melchiorre, and Marsha Owens, Editors. This is a project of the River City Poets in Richmond.  See https://rivercitypoets.com/

A CHALLENGE FOR READERS

The original purpose of this website was to make my work publicly available. Having sixty years of poems and writing sitting in journals on the bookshelf is a discouraging situation. 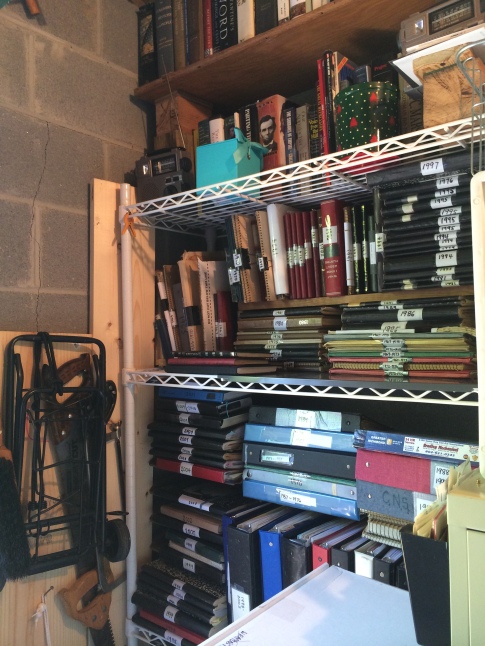 Posting blogs was intended to show new work and to call attention to previous work. At the beginning, that seemed like a promising kind of promotion for someone who would rather be writing than advertising.

So here’s a challenge for you who read this site:

IF YOU WOULD LIKE TO SHARE OR PROMOTE YOUR WORK ON THIS SITE, PLEASE CONTACT ME AT rlrose45@hotmail.com.  Include a few remarks about yourself with your submission.

IF YOU WOULD LIKE TO RESPOND TO SOMETHING ON THIS SITE: Follow the same instructions as above.

IF NEITHER CHALLENGE STIRS YOU, WHAT ABOUT THIS PROMPT?  “WE’RE FULL.”

And, of course, you can always leave a reply here: